Who is Adnan Menderes? 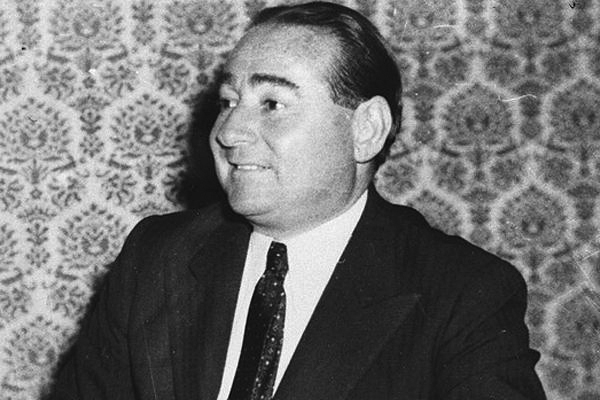 Adnan Menderes (1899, Aydın – 17 September, 1961, Bursa), (full name: Ali Adnan Ertekin Menderes), a Turkish politician, statesman and lawyer and a recipient of the Turkish War of Independence Medal, was the Prime Minister of the Republic of Turkey between 1950 and 1960.

He was born in 1899 in Aydın. His father was Katipzade İbrahim Ethem Bey from İzmir, and his mother was Tevfika from the Hacı Alipaşazade family of Aydın. As he lost his parents at a young age, he barely remembered them.  With the inheritance of the Çakırbeyli Farm in Aydın from Hacı Ali Pasha, Menderes became a young but lonely landowner when he was nine years old.

Menderes’ first political struggle interestingly started within his family. Initially Adnan Menderes was hesitant to enter politics due to the work on his farm and his wife’s reluctance.

Founding of the Democratic Party in 1946

In 1930, Adnan Menderes organized a branch of the Free Republican Party in a short period of time. After the party abolished itself, he changed to the Republican People's Party and was elected as a Member of Parliament for Aydın in the 1931 elections. Until 1945, he served as a commission reporter in the Turkish Grand National Assembly.

He resigned from the commission in that year, criticizing the Saracoğlu Government's drafting of a new Land Code. Menderes, Refik Koraltan and Fuat Köprülü, due to their opposition within the party, were excluded from the party by its Disciplinary Board on 12 June 1945. These events led to the establishment of the Democratic Party on 7 January 1946.

Only Prime Minister of the Democratic Party

In the 1946 elections, Menderes was elected as a Member of Parliament for Kütahya for the Democratic Party (DP). He became the second man in the party after Celal Bayar. In the 14 May, 1950 election, the DP took power by taking 53.5 of the votes. Menderes was the sole Prime Minister of the decade-long DP government (22 May, 1950 – 27 May, 1960) and made his mark during that period. During his time in power, five different governments were formed. In this ten year period, there were great development in Turkey's domestic and foreign policies. Movement towards industrialization and urbanization began. Villages started to become mechanized. Transport, energy, education, health, insurance and banking resumed. Turkey became introduced to the concept of development.

Menderes, who carried out his political life in the Free Republican Party, the Republican People's Party and the Democratic Party, was hanged on 17 September, 1961, following the Military Coup of 27 May 1961. In a Law passed in 1990 by the Grand National Assembly of Turkey, the reputations of Menderes, and those executed with him, were returned.

Our university, which proudly bears the name of the late Prime Minister Adnan Menderes, the architect of democracy in Turkish politics, is prepared to carry out all types of scientific and academic studies to promote democracy and fraternity. Menderes and his colleagues, who left their mark on the history of our democracy, will never be forgotten because of the services they have done to our country and to our people.